As interest rates have continued to rise and inflation surges on, the U.S. is in a potentially precarious situation.

Let’s review the third quarter and what might be coming next for the economy:

Preliminary reports show that the the U.S. economy may have grown by about 2.9 percent in the third quarter, which is a strong turnaround from previous quarters. But don’t assume that means recession concerns can be put to rest. It’s not uncommon for the GDP to rebound before a recession, and other indicators point to very real signals of an impending recession.

While the GDP may have grown in the U.S., it shrank for other countries. The U.K. is on the brink of a recession (if it’s not in one already,) and China’s zero Covid policy has continued to drag down the economy. Currently, all of Europe is looking at a potential recession this winter due in part to steep energy costs. 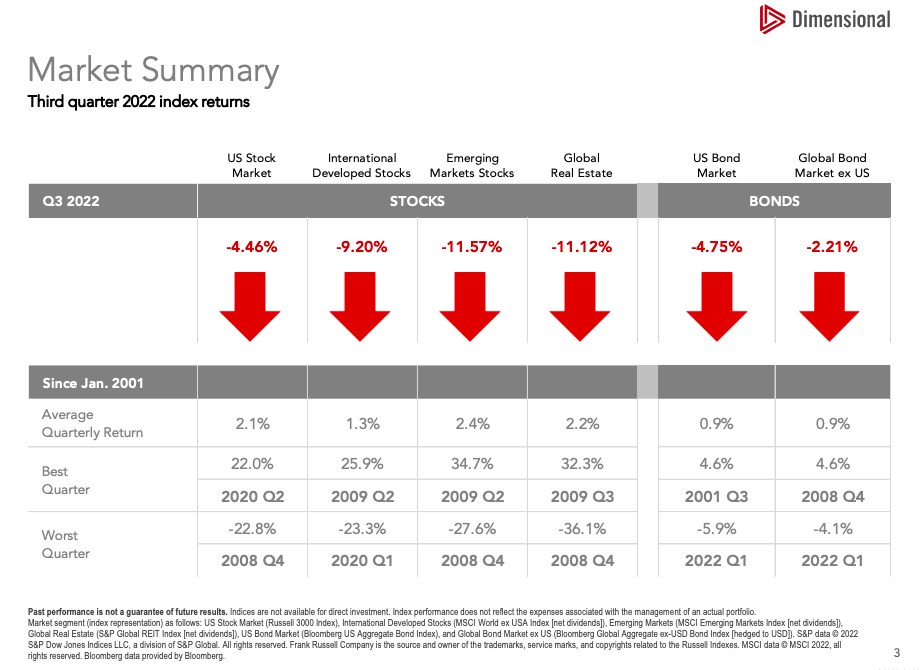 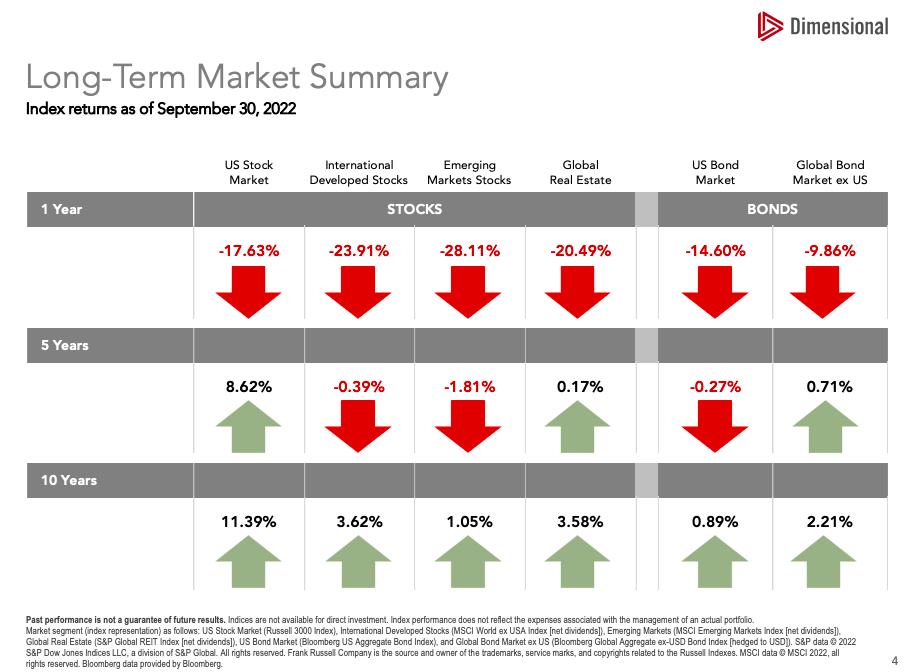 Bonds have also been having one of their worst years ever, due in large part to the Federal Reserve raising interest rates so quickly. It is expected that the Fed may reduce the rates once inflation is under control, which could play out very well for bonds. This might be a good time to wait it out, because timing the market is always difficult (and often doesn’t pan out well.) 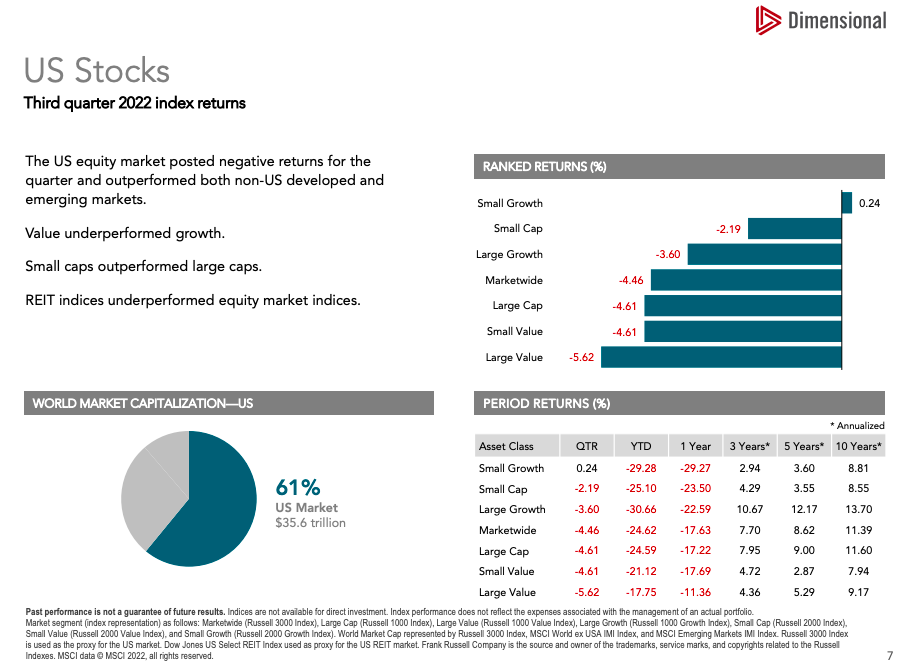 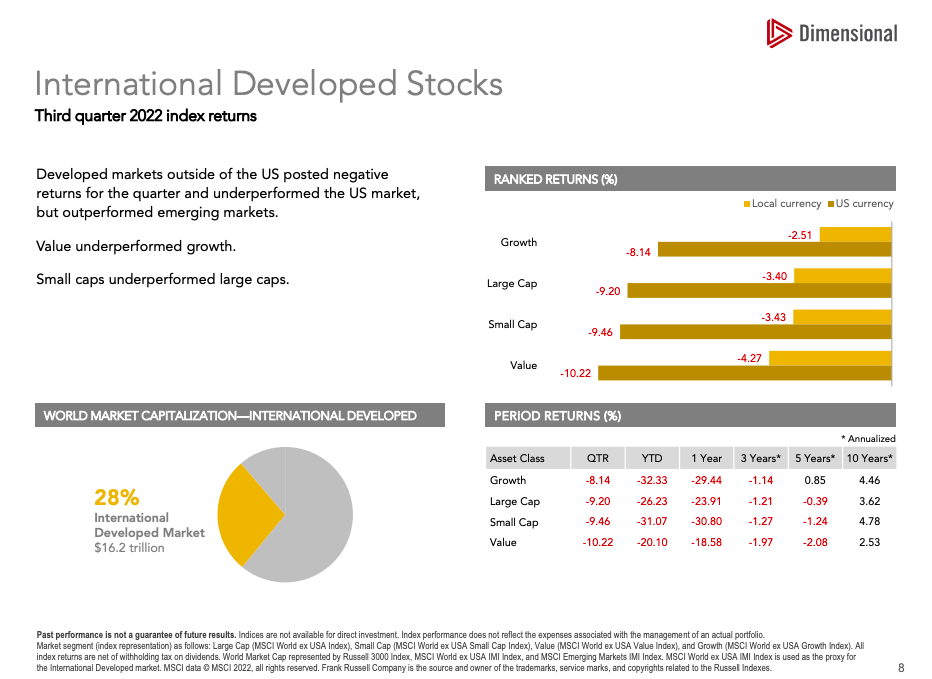 The Federal Reserve has raised rates five times this year, and another increase is slated for early November. The reason the Fed continues to raise rates is that it needs to get the inflation rate under control.

Right now, the inflation rate is sitting at 8.2 percent (as of the Sept. 2022 numbers,) which is quite a bit higher than the 2 percent the Fed tries to maintain.

This high level of inflation is unsustainable; prices are increasing too high and too fast for consumers to keep up. Eventually, consumers are going to have pull back. If consumers stop buying, it could lead to something called “price deflation,” which is essentially the opposite of inflation. Prices go down and people can buy more for the same amount of money.

That might sound good, but it’s not. Price deflation can signal very challenging economic times ahead, and can lead to high unemployment rates and less spending.

The Fed has a difficult job ahead. They need to increase the interest rate to slow down inflation, but not increase it so high that it leads to price deflation. It’s a delicate balance that can be tricky to navigate.

Currently, the Fed is okay with increasing rates because the unemployment rate remains low. That means that even though prices are going up, they’re not going up so fast that employers are laying off employees.

This can be a bit misleading, however. Since the pandemic, we have seen the “Great Resignation,” plus a slew of baby boomers retiring. If someone has not looked for work in the past four weeks, they aren’t counted in the unemployment rate. So it can be a challenge to get an truly accurate number.

We can expect to see high interest rates and high prices through the end of the year. Beyond that, there are indications that we could see a recession in 2023.

The best thing you can do now is to prepare for the worst, but hope for the best. Make sure your emergency fund is in good shape, keep track of your spending, and consider holding off on any major purchases if you can.

Do you need help planning for your financial future? Contact me today to set up a meeting to talk about your goals.