The third quarter saw some market volatility as the economy responded to global uncertainties. In the U.S., tax cuts and fiscal stimulus led to a healthy U.S. economy overall, and a stronger dollar. The economy around the world continues to grow, though slower than it was in 2017. Some global economies have been negatively impacted by the strong U.S. dollar: 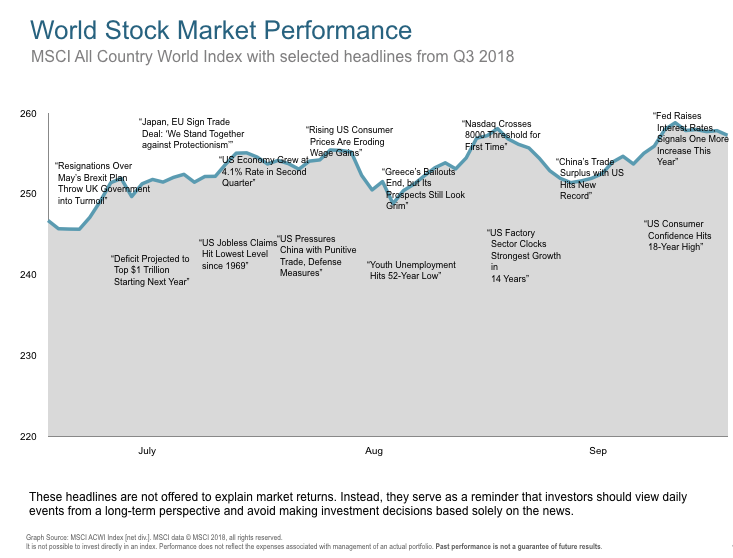 U.S. interest rates have gone up, leading to weaker returns in bonds. The Federal Reserve has increased interest rates because of the stronger economy, but wages have not gone up along with them. That leads to a drop in consumer confidence. 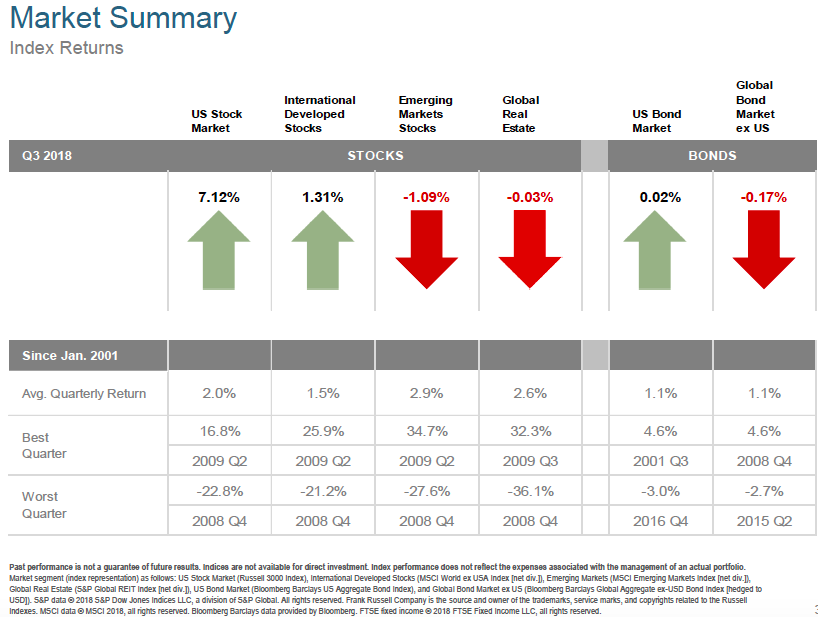 The U.S. stock market has continued to grow into the third quarter. But at the same time, international and emerging markets have continued to slide. 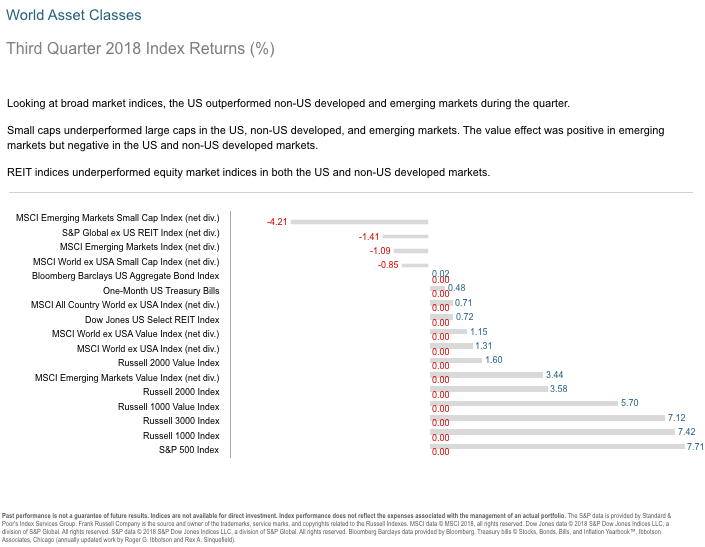 The U.S. economy continues to do well, but this is a problem for emerging markets. That’s because the U.S. dollar is strong, making it more expensive for other countries. That puts pressure on these smaller international markets. 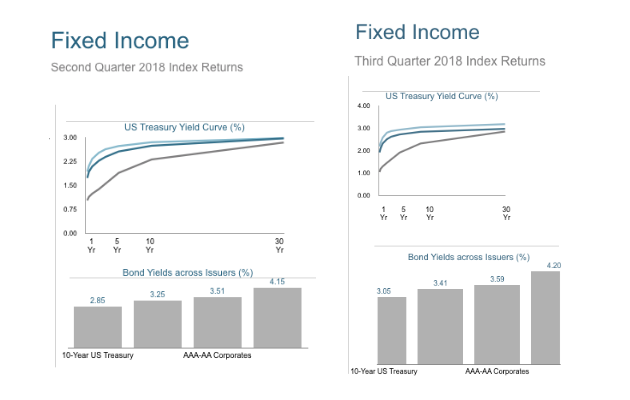 If you take a look at the Q3 graph compared to Q2, you’ll see that the yield curve line is beginning to flatten out. The short-term rates have been raised a quarter point between the two. That tends to be a red flag for an upcoming recession, so that flattening out is something to watch.

Check out my update from Q2 here.